“Don’t wait until it’s too late to tell someone how much you love them and how much you care about them, because when they’re gone, no matter how loud you shout and cry, they won’t hear you anymore.” 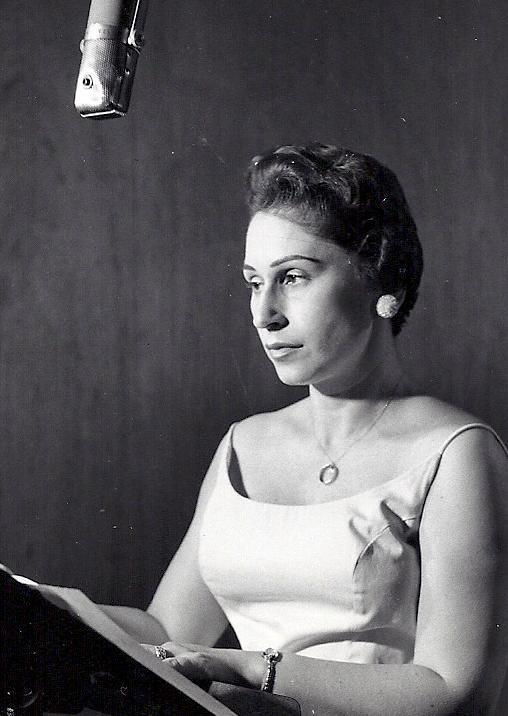 After my mother died in 2007, my sister and I tackled the job of clearing out her house, room by room. I thought the kitchen pantry would be pretty straightforward, so I opened the door and surveyed the shelves.

My mother’s pantry: stockpiled with “just in case” supplies left untouched for years. I quickly tossed aside the boxes of stale crackers and cookies and emptied murky bottles into the sink. But tucked away in the farthest corner of one shelf, nearly hidden behind ancient cans of soup and boxes of petrified teabags, a little black box caught my attention. My mother had stashed her jewelry in unlikely places, so this box might contain a precious pair of earrings — or it could be empty. I reached for the box and opened it carefully.

And there she was: a wax angel who had rested peacefully in the pantry for over 30 years.

I remembered this little candle, rescued from her hiding place in a cake mix box: a cherub with blue wings, lost in slumber in the curve of a crescent moon. Her toes peek out from the hem of her long white gown; her mouth is a small red dot. Angel food was my childhood favorite, and my mother always made one for my birthday, upending the golden cake in its special pan over a giant 7-Up bottle to cool. 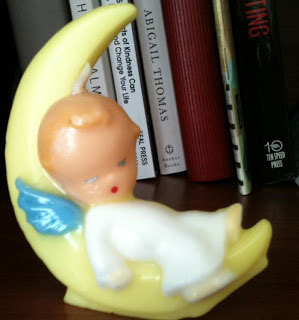 My teenage years were turbulent ones. Many mornings I slammed the front door and huffed off to school, my stomach in knots, with angry words buzzing in my head. One day, I came home and found an angel food cake waiting for me. A small plastic button that said “You’re an angel” was left out where I was sure to see it. Neither of us apologized for the words spat out in anger that day, but the angel food cake did the job better than words could have anyway.

Why did my mother keep the little candle all those years? Did she even remember it was there? Had she thought about giving it to me and changed her mind? I wasn’t much of an angel in those days, so perhaps the sleeping winged figure was just as happy to bide her time in the dark closet, away from confrontations and awkward apologies. Was she waiting for me to find her these many years later — a mother and a grandmother now myself?

In that whole house, I had found the one thing that brought back vivid memories of the place where I’d spent my tumultuous adolescence.

The arguments, the silences, the things left unsaid until too late, the final slamming of the door, the new life I started, and the old one I left behind — all echoed through the nearly empty rooms. I put the angel in my pocket and brought her home.

She reminds me to say what needs to be said, and not to wait for the moment that may never come. She sleeps here now, undisturbed, on her sliver of moon. 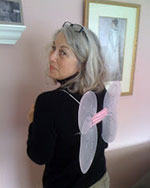 Risa Nye lives in Oakland, CA. Her essays and articles have appeared in a number of local and national publications, and in several anthologies. After many years as a college counselor, she applied to grad school and earned an MFA in Creative Nonfiction. She is a co-editor of Writin’ on Empty: The Upside, Downside, and Everything in Between When Children Leave the Nest.

See more of Risa’s work at: