“I mean we all need a second chance sometimes.”

Every kid should have the good fortune of throwing an awesome high school party his friends will talk about for years. In Kansas, where I grew up among a group of fervent teenage metalheads, it was a God-given right. 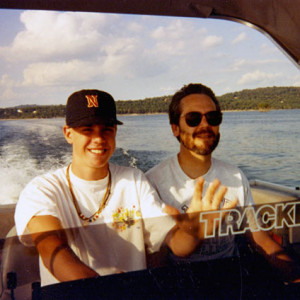 Andrew and his dad Doug circa 1992

So naturally when Guns N’ Roses and Metallica announced they would be making a stop in my hometown on their world tour, I seized the opportunity to plan such a shindig before we all departed for the concert. Like so many tragically missed opportunities in our young lives, this concert-of-a-lifetime happened to be taking place on a school day. But we weren’t going to let that stop us.

Mom was out of town with my brother at tennis camp and Dad, out of town on business. In hindsight, it almost seemed too perfect. So at 9:30 a.m. that day, we gathered at my empty house to get the festivities started.

We brought that house to life the way only 30 teenagers could — filling every room with blasting music, random bursts of profanity and waves of Taco Bell wrappers. I remember thinking how much more fun this was than 3rd hour Biology.

So as my parents’ very clean and orderly home gradually became more littered with the remnants of the day, my high school credibility shot up.

The highschool cool factor chart imagined in my head was breaking all kinds of adolescent records and I could literally feel myself getting taller, better looking, and generally more awesome.

And just like in the movies, the higher the mayhem escalates, the bigger the buzzkill that follows. In this scene, it happened to be my Dad.

My Dad. Right there. In the living room. As if from nowhere.

So how does a newly minted hero amongst his peers handle a situation like this? With a quiet gasp, a dumbfounded look, and a gut wrenching fear that nearly doubled me over. I was so blinded by fear that I didn’t even notice 30 of my nearest and dearest scatter like bugs in a kitchen when the light is turned on.

You know how Dads can sometimes channel that superhuman vocal force reserved solely for comic book heroes and daytime TV villains? Yeah, that was what I heard right then, and apparently so did everyone else, because in a fraction of a second the house was still.

Kids caught motionless in fear — some caught dead in their tracks in the kitchen, a few in the stairwell to the basement. I remember one guy was frozen in place halfway over the backyard fence.

As my mind raced with what would logically happen next (Dad hurling an embarrassing barrage my way, a phone call to the cops), my dad moved in slow motion toward the juvenile troublemaker closest to him.

“Hello, I’m Doug. Nice to meet you. What’s your name?” and to the kids he knew, “Hey Nate, how’s your father? John, how’s basketball?”

You can imagine the disbelief that swam with the adrenaline flooding my brain. Sure, my dad was a stand up guy, but unless he had silently suffered a nervous breakdown before my eyes, his nonchalant cordiality made no sense. In fact, he worked the room like he was wearing a smoking jacket and greeting his guests for dinner.

People probably thought my ‘Cool Dad’ was in on the scheme, but I knew better. I braced myself for the worst as he pulled me aside.

“I don’t approve or condone of what you’re doing here. We’re not going to talk about this anymore, but you can’t ever do this again.”

It was almost unbelievable, and had it not been for the roller coaster of emotions I’d experienced in the space of the last five minutes, I might have not believed it at all. Dad did not embarrass me, but instead gave me a free pass, man to man. It was the strongest and most influencing message I’d ever received up until that point.

Mercy means a single mistake can be pardoned, but there’s no excuse for screw-ups after that. 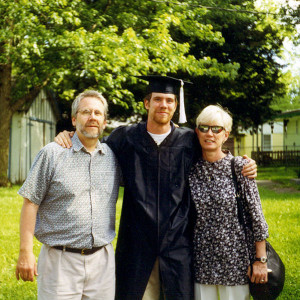 It was more than a fair offer in my mind. The concert was, still to this day, the best show I’ve ever seen. Metallica grunted out almost every track from Ride the Lightning, and Axl, after an almost three hour set, hurled his microphone 50 rows deep into the crowd to end the show. Legendary from start to finish.

When I returned home that night, my parents were sleeping as if nothing had happened. That day was never mentioned again until I casually brought it up over a family dinner when I was in my early 30’s (Sorry again, Mom!). Dad had kept it under lock and key for over 15 years.

It means a lot when someone you respect decides to give you the benefit of the doubt and go easy, despite the evidence stacked against you.

That kind of act deepens relationships overnight, and raises mutual respect and understanding to new levels.

Dad was not always an “easy” Dad. But he was a savvy one. A preacher— and practitioner— of forgiveness. And a man of his word. The same kind of man I aim to be today.

Andrew Loos is the co-founder and managing partner at Attack Marketing. His agency specializes in experiential marketing and presence marketing for global brands.