His life was cut short in ’93 at just 59.
Harold Lloyd Jenkins shaped music history.
Never heard of him? Yes you have. His stage name… Conway Twitty.

Conway reigned supreme in country music with fifty-five consecutive number one records. He played with Elvis, Johnny Cash and other legends at Sun Studios. 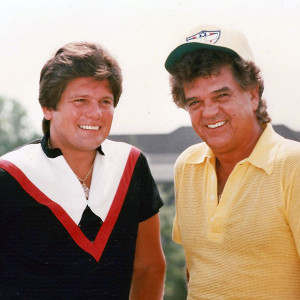 He reached into outer space when his famous hit “Hello Darlin” was broadcast between American and Russian astronauts—a gesture of international good will.

But this is not about Conway, the star. It’s about Conway the Dad. Savvy Dad interviewed Conway’s son, Michael Twitty (a stage name too — Michael was born Michael Lloyd Jenkins).

We learned “That’s My Job” — a song about fathers, the impressions they leave, the love they bequeath — was more than a hit song. It’s family history, one of Michael’s best memories of Dad.

Dad showed up at my door one night. He wore his favorite Mickey Mouse PJs (if only his female fans could see him, I thought.) 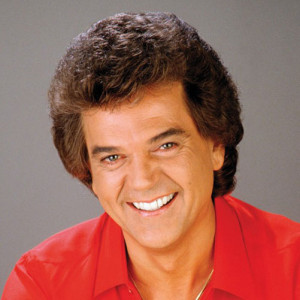 In his hand he held a cassette. “‘That’s My Job’ is the name of the song,” Dad said. “I’m thinking of recording it. Won’t you give it a listen, son?”

Dad popped it in my cassette player. We plopped down on the couch. We listened. It was to become a top hit. But here’s the thing: I didn’t like it. Not one bit.

“You don’t like it?” he asked, looking perplexed. Dad was surprised. I’m also a musician. We had always shared the same tastes.

“Well, Dad, to tell you the truth… It’s the first time I’ve thought about life without you.”

Dad fell quiet for a moment. He looked down at his slippers. “Boy, I’m about to let you in on one of life’s great secrets.

Daddies die. But they never go away.

Wherever you are, whatever you do, whether I’m dead or alive — listen to this song and know I’m always with you.”

The next six hours we spent on that couch. We talked until sunrise. Family. Love. Risk. Our dreams. We cried and we hugged. That song brought us closer than ever before. Dad went on to record it. It climbed the charts. It became an anthem for the bond between dads and their kids. It brought tears to millions of eyes — not just mine.

That’s my job… to keep you safe with me.”

I’m pleased to share it with Savvy Dad… Take a listen.

One last thing. What’s it like to be Conway Twitty’s son?

But, as proud as I am to be the son of Conway Twitty, I’m a thousand times more proud to be son of Harold Lloyd Jenkins.

He was one of the finest human beings to walk the earth. I want your Savvy Dad fans to know that.”

Michael Twitty is the oldest son of rock and country legend Conway Twitty. Like his dad, Michael is a talented, highly acclaimed entertainer. He has traveled the globe performing the dynamic Michael Twitty Show, the “Memories of Conway Show” and the remarkable “Twitty Bird Show.”