“Son, things in life will go bad. And while you can’t change that… you can have a back-up plan.”

Today’s story is from Mike Gomlicker.

My name is Mike Gomlicker. My dad’s name is Bob. He won’t bore you with chatter, meaningless talk. Those words above were his best. They define who Dad is. 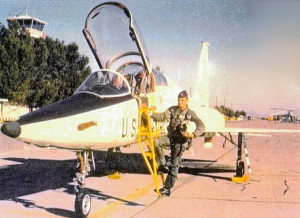 Air Force combat pilot. Commercial airline captain. My father held lives in his hands during those years. In my dad’s hands is a great place to be.
Emergency time? Cool & calm. Quick to react. Dad responds in a flash like bad was the plan. He’s told me stories. Things that happened. Fathers & sons; daughters & moms; innocent lives in his care.

But Dad thought ahead. Whatever went wrong, he knew what to do. While others relaxed and daydreamed before a long flight, Dad would go think, somewhere alone.

He taught me to follow this plan with all that I do. Go somewhere away from the rest. Think everything through. What could go wrong? What would I do? Dad had a back-up plan for anything from a ruptured wing to a broken toilet. Dad knew what to do.

Dad taught me how to live an exciting, adventurous life. And do it safely. What could go wrong? “Think it through in advance,” he’d say. Have a back-up plan.

Here’s an example of how Dad taught me this valuable rule:

A trip into the remote Alaskan wild. No phones. No way to get home. Live off the land. A bush plane dropped us in a remote location along the Kisaralik River. It would return, but not for a week! We were alone. No Hawaiian vacation this time.

It was Dad’s way of teaching. It was a lesson on thinking ahead, having back-up plans, and learning what to do when things went bad.

I could write a book on what I learned from that trip alone (there were many more). But the bottom line?

Have a back-up plan. That was the point.
My dad. Mr. Back-Up Plan. 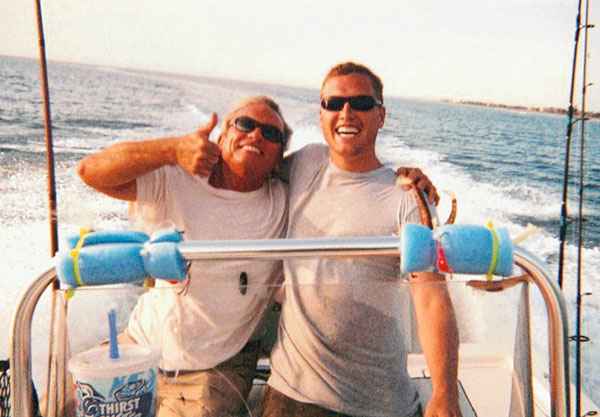 Mike Gomlicker lives in Scottsdale, Arizona. He is currently studying at Arizona State University to obtain a four year Engineering Degree in Construction Management. Mike has a special gift. He can fix anything. Anything.